MAKE YOURSELF AS A LEGO® FIGURE!

To begin with we discover what the person looks like and what their main interests are.

First We Design the Head & Hair

From hundreds of different heads & hairstyles we select the one that best suits your figure.

Then We Find Your Figure's Style

We finish by adding accessories. With literally thousands of pieces to choose from, Brick Yourself will give your figure its own unique personality.

This was one of Brick Yourself's first Premium figures. Wéve customised the entire dress by hand painting thanks to the very highly skilled talents of Noemie Jounot. Much care was taken withRead More...

The New Brick Yourself Figures We are quite pleased to announce the introduction of 2 new Brick Yourself products being launched today. The "Make Your Own"Figure" as well as our new PremiumRead More... 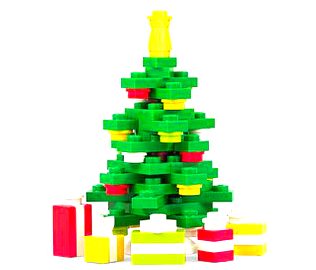 ALL CUSTOMERS PLEASE NOTE: ALL AUSTRALIAN ORDERS FOR CHRISTMAS MUST BE PLACED BY NOVEMBER 30. All domestic, Australian orders must be placed by 11:59 AEST on November 30 in order for themRead More...

Grab the perfect Christmas gift for the perfect person... Brick Yourself is back for the first time in a long time at Glebe Markets Saturday November 18th! We create exquisite, thoughtful andRead More...

A Brick Yourself custom Lego Minifigure

The customer request was for us to create a figure that incorporated the elements of squash, tennis, badminton and ping pong as well as an interest in fantasy and stylish dress sense.

There was nothing wrong with the first attempt considering there is only one type of Lego tennis racket but upon the customer’s insistence that I try and incorporate more of the individual elements I went back to the drawing board.

The greatest challenge was to create different rackets, and after some trial and some more error I created a small blue “enchanted racket”, and a massive smashing racket which gives the figure its name.

Putting the figure on horseback made it look much more impressive and allowed me to hang two regular rackets from the saddle like swords. The custom designed helmet tops off the figure nicely (both literally and metaphorically), and a white cape ended up complementing the design better than the purple.

Finally the solarization effects on the photo produced some great results, I particularly like the colour of the figure’s face underneath the visor.

For this relatively small and simple figure, it took a lot of thought, outside of the box, to come up with something different but better while maintaining the same themes.

EGYPTIAN LIBRARY - BRICK YOURSELF CUSTOM LEGO SET TO SEE MORE PHOTOS CLICK HERE! Initially, I envisaged this as a simple build that would take me 3 to 4 hours at most.Read More...

Grab the perfect gift for the perfect person... Brick Yourself is back for the first time in a long time at Glebe Markets Saturday August 12th! We create exquisite, thoughtful and heartfeltRead More...

THE BRICK YOURSELF STORY Part 1 The First 3 Months The history of Brick Yourself is perhaps relatively brief but despite this its short life has been punctuated by a series ofRead More...

PLEASE NOTE: THE DATE FOR THIS EVENT HAS BEEN CHANGED FROM 27th APRIL to 12th MAY. Come along to Chatswood  Mall Markets on Friday 12th May for Brick Yourself's Latest Live Event. Make yourselfRead More...