MAKE YOURSELF AS A LEGO® FIGURE!

To begin with we discover what the person looks like and what their main interests are.

First We Design the Head & Hair

From hundreds of different heads & hairstyles we select the one that best suits your figure.

Then We Find Your Figure's Style

We finish by adding accessories. With literally thousands of pieces to choose from, Brick Yourself will give your figure its own unique personality.

BrickManDan (Daniel Hitchings) was born in the at the tail end of the 70’s and currently lives in Sydney. He has been working as an independent custom LEGO® designer for 10 years and has been playing with LEGO® bricks and figures for more than 30.. 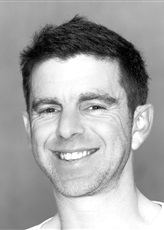 In 2004 BrickManDan started what was to be Brickaholic Productions, a custom Lego® business specialising in designing sets and figures based on popular culture, most notably Star Wars and Lord of the Rings. But when Lord of the Rings was actually released by the LEGO Group, much work became obsolete overnight.

Brick Yourself was founded in 2015 and has been far more successful. BrickManDan designs LEGO figures to look like people. It is fun, challenging work, choosing from literally thousands of parts to design minfigures in very specific ways. His work can be viewed here.

This however has only encouraged him to expand his horizons and work harder, the cumulative effect being the initiation of the current business project: Brick Yourself.

Daniel’s been working in various creative capacities for most of his life. Apart from the Lego® design Daniel’s worked professionally as both a musician and magician, loves writing science fiction and in the last few years has worked fairly extensively in theatre as an actor, stage manager and lighting designer. Apart from Law, he has studied Small Business Management and has a Master’s in Philosophy.

Currently Daniel juggles working as a creative developer for the Permaway group in Sydney: An environmental sustainability group devoted to building a better and more harmonious society. He also works as a close up magician in Sydney under the name Hitch.